Member of the Scottish Parliament - Glasgow

Adam has taught constitutional law at the University of Glasgow since 2003 and has lived in the Anniesland constituency since 2008. Aged 46, he is married with four young children.

Adam played a high-profile role in the Better Together campaign, with frequent media appearances and press articles, often based on his blog, Notes from North Britain (available here: https://notesfromnorthbritain.wordpress.com/).

After the referendum Adam was one of the Scottish Conservatives' two nominees on the Smith Commission, negotiating along with former party leader Annabel Goldie a deal that will see significant new powers coming to Holyrood.

After the general election the Secretary of State for Scotland, David Mundell MP, appointed Adam as constitutional adviser to the Scotland Office, helping the ministerial team at the Scotland Office and their officials to steer the Scotland Bill onto the statute book, delivering the Smith Commission Agreement in full and on time. He was elected Conservative MSP for Glasgow in May 2016.

Member of the Scottish Parliament - Glasgow

Annie was born and raised in Glasgow and lives in the North East with her son where she has done for most of her life. Being a proud Glaswegian she loves the diversity and culture that the city has to offer. 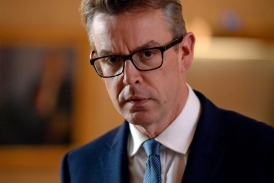